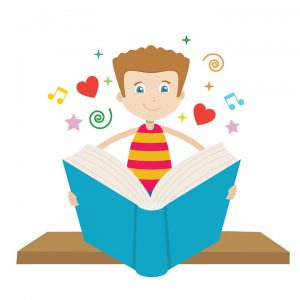 Robert Chisholm was browsing the web when he stumbled across the video that would change his son’s childhood. Sitting in his home, in Kingston-upon-Thames, he watched a 19-minute video on the TED talks website called: ‘How Schools Kill Creativity’.

In it, author Ken Robinson argues that schools are squandering creative talent by focusing rigidly on traditional subjects. With 52 million views, it is the most popular TED talk in history, and Robert was an instant convert.

Robert’s children had some of the best education Britain can offer. A City financier, he sent all three to high-ranking public schools, each costing tens of thousands a year.

But he often became frustrated with the huge “inefficiencies”: his children were forced to waste time ploughing away on subjects they were mediocre in, and didn’t spend enough time finessing their true strengths. This was particularly true for his teenage son Mac, he thought, who was a promising footballer but struggled academically, and wanted to spend more time pursuing his sporting dream.

Mention home-schooling to most parents, and their minds will jump to a few well-worn stereotypes. We imagine liberal, ‘hippy’ parents who squirm at the thought of uniforms, hierarchies, and discipline.

We think of socially-challenged youngsters, who struggle to cope around their peers and are susceptible to bullying. For a small number of religious families, home-schooling might help to protect a child from the secularising effects of the outside world. In all of these cases, for good or ill, it is the parent who tends to adopt the role of teacher. Mum for Maths, maybe Dad for Geography.

But Robert is one of a growing number of wealthy, middle-class parents turning to a new, elite form of home-schooling, which promises to bring a “mini private school” into the family home by dispatching up to nine professional tutors each day to provide one-to-one tuition.

She has signed up 75 pupils so far, mostly the children of lawyers, financiers, and business owners, and hopes to expand across the country. Many of the children have careers outside school, including a number of West End actors and young sports players. She has also attracted interest from foreign parents, particularly those from Russia, Saudi Arabia, and Dubai.

The number of home-schooled children in Britain has risen by 20 percent in the last 18 months to around 45,000, according to Department for Education figures – although the Government does not record how many of these are taught by their own parents and how many by professional tutors.

All Hannah’s parents could afford to pay for top private schools, if they wanted. Few fit the stereotype of a home-schooling parent. But what many do have in common, she says, is a belief that their child has a unique talent, whether it be in music, sport, or drama.

They resent seeing their son or daughter forced to sit through hours of compulsory mathematics, English, and science, and are willing to pay a premium to create what is essentially their own private school at home, tailored directly to their offspring’s strengths.

And a premium it is: one year’s full-time tuition with Golden Circle costs around £35,000, considerably more pricey than most private schools.

Many of the parents also think the world of work is changing, and that schools are failing to keep up. The jobs of the future, as we are forever reminded, have probably not yet been invented, and the key skill our children are likely to need will be adaptability.

Hannah says she has lawyers approaching her, who believe their own job may not exist in 20 years time. They want a tailored education designed to “future-proof” their son and daughters.

This was the impetus for Robert Chisholm, who finally took the plunge into home-schooling five years after watching that TED talk.

“I didn’t have the courage to react until 2017, mainly because of the strange looks I got when I mentioned it,” he says.

At the time, Mac, 14, played football at a Premier League training academy. The typical day at his south London private school prevented his son from pursuing sport, Robert thought.

“Academia was not really his strong point, whereas football very much was,” he says. “In an eight-hour school day, how much of that is actually efficient time? Maybe he was only getting 25 percent efficiency, and now with one-to-one tutoring he’s probably closer to 70 percent.

“He was nervous about missing his friends, but really that was it. Very quickly he realised that he had twice as many hours in the day.”

Robert says his son is now able to “think outside of the box”, enjoying lessons on cryptocurrency, boxing, and Brazilian ju-Jitsu. He’s not surprised that home-schooling is becoming more popular, believing that younger generations are more keen to pursue creativity than their elders.

“I think the millennial is much more after lifestyle, rather than perhaps my generation was after acquisition,” he explains. “Home-schooling encourages you to find that passion – it gives you more free time to pursue interests outside school.”

What makes the tutors worth their eye-watering price, its proponents say, is their ability to bend over backwards to provide whatever the client wants. Mostly in their 20s and 30s, Hannah’s teachers are equipped with Russell Group degrees (including several from Oxbridge) and many graduated into the prestigious TeachFirst programme.

Most of the teachers, she says, used to work in schools but became “disengaged with mainstream education” and “fed up with the administrative burden” of book-marking and box-ticking. They turned to elite home-schooling because they wanted to rediscover the creative spark that comes from teaching, she claims. (And with Golden Circle charging £85-per-hour for a one-to-one session, they’re probably paid more, too.)

Robert says that if a particular story in the news pricks his son’s interest he will ask for an immediate lesson on it. He was recently able to arrange a tutorial on the rise of Bitcoin within just a few days notice.

“They’re genuinely interested in the child, they’re not just punching the clock,” he says.

But what about his son’s social life? Does home-schooling not cut him off from making crucial friendships? Online home-schooling forums are full of stories of desperately lonely children, who struggle to cope after being isolated from their peers.

Robert, however, thinks Mac’s social life has actually improved. In a world of social media, he says, school is no longer so important for making friends.

“The social media environment is so sociable, very often kids today are friends with children from multiple schools. Social media gives you a much wider network,” he explains.

“He has a better social life through home-schooling because he engages in more activities outside of school. He has friends from football, boxing and ju-jitsu. Our house is always open for him to have friends round.”

However, home-schooling could soon run into trouble. Peers in the House of Lords have proposed a compulsory register of all home-educated pupils, following a series of high-profile abuse cases in which children have disappeared from council records. They include eight-year-old Dylan Seabridge, who died of scurvy in 2011, after being withdrawn from his primary school in south Wales.

Under current law, any parent has the right to pull their child out of school, and they don’t have to follow the National Curriculum. Parents must comply with occasional inspections from the local council, who in very rare cases can serve a School Attendance Order. There is no central register of home-schooled children.

Golden Circle says it already registers its pupils with their council. But the plans have proved controversial, with many parents afraid that it will prompt further Government meddling in home education.

And many parents, like Robert, have no problem with the proposal. All they care about is helping their offspring to thrive.

“It’s fundamentally about having happy, confident children,” he says. “Ultimately I think that’s all any of us are after.”