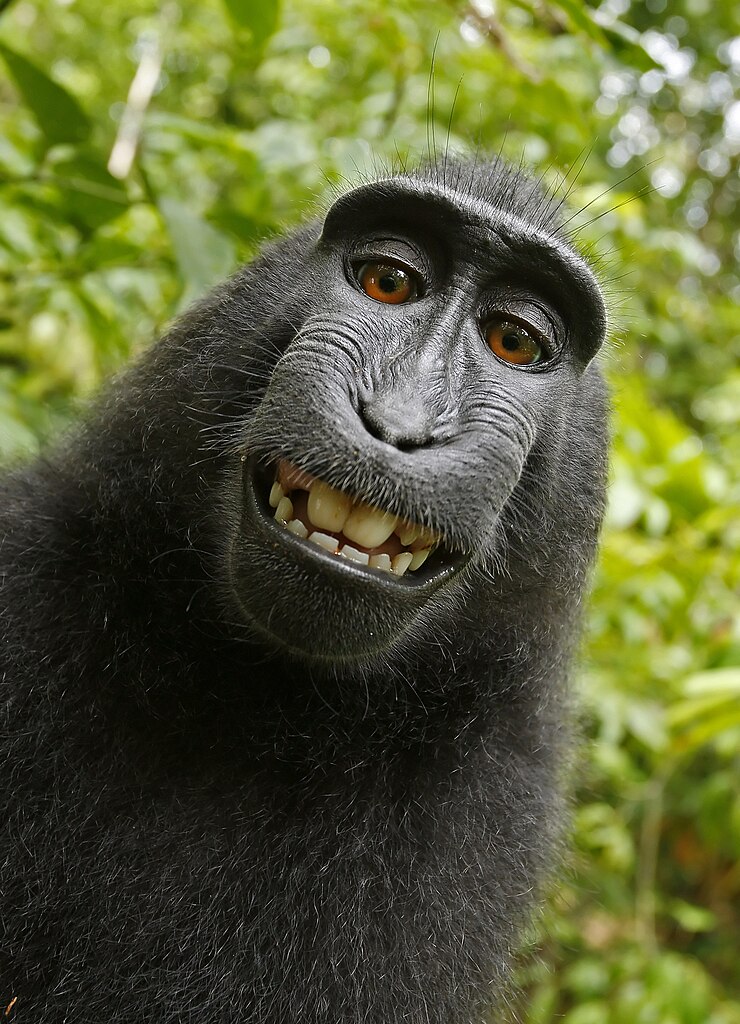 A photographer whose camera was used by a monkey to take a selfie __________ (1) a two-year legal battle against an animal rights group about copyright over the image.

Naruto, a rare crested macaque monkey who lives in the Tangkoko Reserve on the Indonesian island of Sulawesi, picked up David Slater’s camera and __________ (2) the now-famous photo in 2011.

Lawyers for Mr Slater argued his company, Wildlife Personalities Ltd, owns __________ (5) commercial rights to the photos, including the selfie of the monkey’s toothy grin.

Lawyers representing Peta and Mr Slater asked the San Francisco-based 9th U.S. Circuit Court of Appeals to dismiss (8) the case and throw out a lower-court decision which said animals cannot own copyrights.

“Peta and David Slater agree that this case __________ (9) important, cutting-edge issues about expanding legal rights for non-human animals, a goal that they both support, and they will continue their respective work to achieve this goal,” Mr Slater and Peta said in a __________ (10) statement.

US District Judge William Orrick said in a ruling in favour of Mr Slater last year that “while Congress and the president can extend the protection of law to animals as well as humans, there is no indication that they did so in the Copyright Act.”