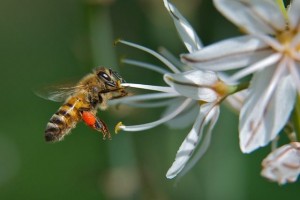 ‘Aldi Süd shows that the toxic dependency on pesticides can be broken and in this sense becomes a pioneer in the retail sector,’ Christiane Huxdorff, ____________________ (3 ECOLOGY) farming campaigner at Greenpeace Germany, said.

Why are bees such a big deal?

Unfortunately, they are used in many stages of international food production – and bees are fast dying out.

Many beekeepers have reported said that around 90 per cent of their bees have died.

Without bees, there would be no way of producing around 70 per cent of the food humans currently eat.