No, video games do not commit school shootings – people with easy access to guns do 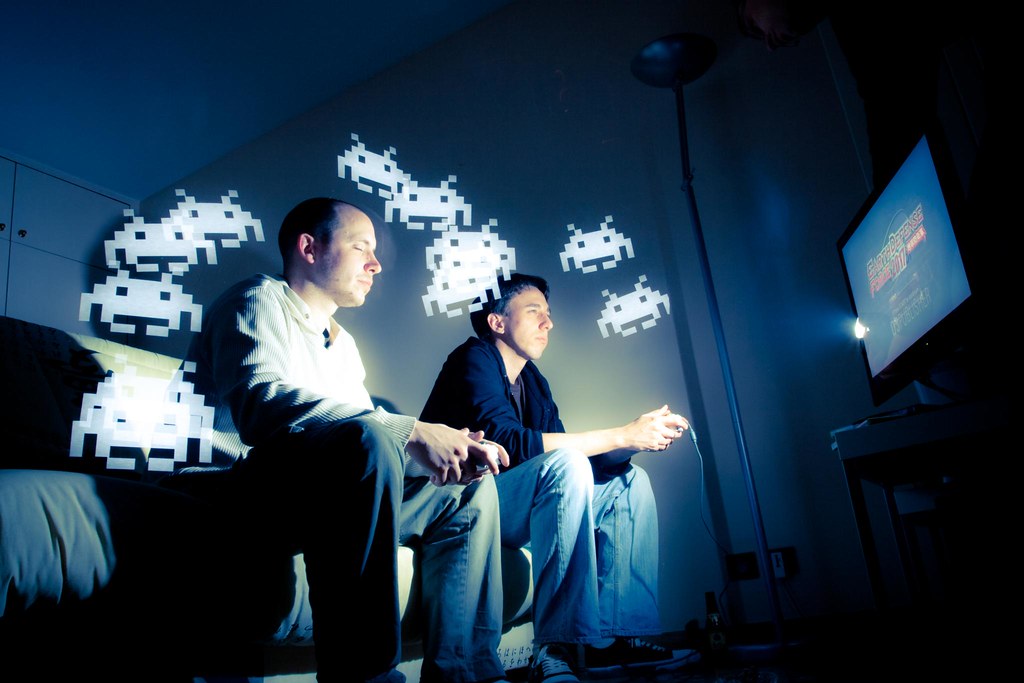 Hey video game designers: Can I pitch an idea for a new title?

It’d be called Call of Duty: Game Design Wars. You play a designer armed with coffee cups, mouse mats and a joystick, charged with ____________________ (1 DEFEND) your workplace from a balding orange alien spitting verbal diarrhoea and his hordes of redneck gun nuts armed with semi-automatic pistols.

What? No? OK, OK. I accept that scenario needs a few tweaks because it’d be a tough ask for the peaceable and harmless protagonist to win. But wait, I’ve got another.

How about Grand Theft Orange? You play a cop charged with policing a Vice City invaded by a balding orange alien. You have to keep the streets safe while it runs amok spitting verbal diarrhoea and stealing tax dollars from medicare clinics and schools, backed by hordes of redneck gun nuts armed with semi-automatic pistols. If you are playing a cop the odds should be more even. They ____________________ (2 ARM) too!

Yes, after flailing around trying to find something to blame for a Florida school shooting caused by the fact that any twisted asshole with a grudge can get their hands on military grade weaponry, President Trump has gone big on video games, specifically the violent ones. We’re not talking Mario Kart here.

He followed it up by convening a meeting with representatives from the industry, parents groups and members of Congress, many of whom owe their seats to gun lobby funding, so could be included among the baddies in my Grand Theft Orange proposal.

Surprisingly, given Trump’s publicity hunger, this was closed to the media. However, reports emanating from it suggest that great play was made of some of the scenes from the Call of Duty series. An amusing side note is that the latter’s publisher, Activision, ____________________ (3 NOT ATTEND) because it was too busy marketing the next Call of Duty game (personally I can’t wait).

With even traditional allies such as Breitbart declaring that it “fact-checked and disproved the President’s claims that video games influence violence” because there is “no scientific basis to claims that on-screen violence leads to real-world violence, like school shootings” you’d think he’d give it a rest.

But the National Rifle Association has egged him on, and some of those born BA (that’s Before Atari) have been buying in.

The former boss of Electronic Arts, John Riccitiello, told Bloomberg he saw it as a generational conflict similar to previous ones over music. His parents told him not to listen to Pink Floyd’s The Wall because they feared that it might make him a communist. Heaven only knows what they ____________________ (4 MUST/THINK) about the punk rock that was around at the time it was released.

But he might have a point. Music, and especially heavy metal and rap, regularly ____________________ (5 GET) it in the neck from people when they wanted to find simple solutions to complex problems, or just to deflect attention from the real cause of sick men engaging in killing sprees.

Problems with the inner city? They’re because young black men enjoy hip hop. Nothing at all to do with starving their communities of resources, racism, cash-strapped education systems, a lack of jobs. Suburban kids going off the rails? It’s not bad parenting. It couldn’t be that because white people are never bad parents. So it must be because they listen to heavy metal. If they’d just restrict themselves to Hank Williams in the car before watching big blokes knocking seven bells out of each other at the football game then they’d be fine!

Remember how Marilyn Manson ____________________ (6 BLAME) for the Columbine school shootings? He was actually one of the most sympathetic and thoughtful interviewees in the award-winning Michael Moore documentary Bowling for Columbine. He said he’d have liked to have talked to the shooters before they got going. Not a bad idea if you also stopped them getting the guns in the first place.

But it’s hardly worth ____________________ (7 ARGUE) the point because deflection is the name of the game. It was (and sometimes still is) with music, just as it is now with the video games that people use to release tension and cope with the stress of modern life. That’s what I use them for.

I doubt Trump is finished with this, and there’s a danger of the idea catching on with other right-wing loons around the world. Non-US conservatives ____________________ (8 NEVER/BUY) into that nation’s love of guns, but into some of its other bad ideas.

So I’d suggest that the video game industry ____________________ (9 JOIN) the resistance and has some fun with hitting back while its at it, just as the music industry did by turning those silly “Parental Advisory” stickers they forced upon record labels into a fashion statement.

PS: The royalties for Grand Theft Orange can be sent to me via The Independent. Thanks! And happy gaming.