Past simple: postavi glagole v oklepaju v past simple. / Past simple forms: put the verbs in brackets into the correct form. 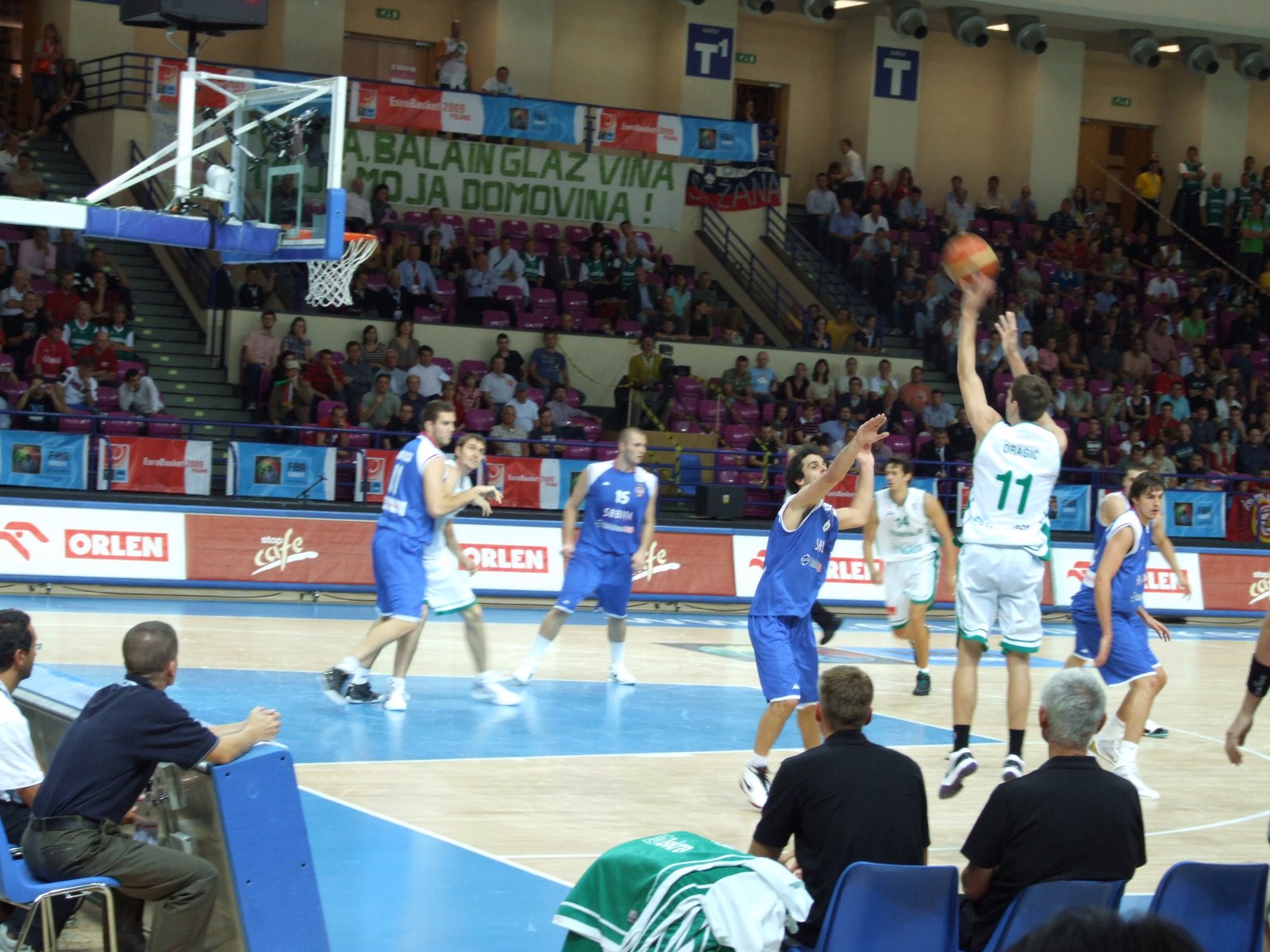 Istanbul- The Slovenian national basketball team became the European champions after defeating Serbia 93:85 in the final match of the 2017 EuroBasket in Istanbul on Sunday. The gold medal is the first medal ever for the nation at major basketball competitions.

The match was played in the sold-out Sinan Erdem Dome which _____________ (1 SEE) some 7,000 Slovenian fans who converged on the Turkey’s biggest town after their team _____________ (2 QUALIFY) for the final by beating previous European champions Spain in semi-finals on Friday against all odds.

Slovenia _____________ (3 ENTER) the match as the only undefeated team at the tournament after sweeping the five preliminary round games in Helsinki, Finland, and eliminating Ukraine, Latvia and Spain in the knock-out round on the path to the final with Serbia.

As a debutant in the finals, Slovenia faced in Serbia the silver medallists from the 2009 European championship, the 2014 World Cup and the 2016 Rio Olympics, but _____________ (4 BE) never impressed by one of the most successful European nations in basketball.

In the first quarter, both teams were nervous and impressed by the wild crowd, exchanging leads and measuring each other’s strengths. The period ended with Serbia leading 22:20.

The hot play by Slovenia’s best player Goran Dragić helped Slovenia maintain the lead until the end of the first half (56:47), with the Miami Heat point guard scoring a total of 26 points.

But Slovenia _____________ (6 FALL) in a hole in the third quarter, struggling to score consistently, while losing its teen star Luka Dončić to a sprained ankle.

Serbia _____________ (7 CUT) the lead to only two points three minutes to go, but Dragić calmed the things down at the end to give Slovenia a four-point lead at the end.

Owing to some poor shooting decisions, Slovenia _____________ (8 SURRENDER) the lead by the middle of the last quarter, allowing Serbia to take a one-point lead midway the last period, after which the two teams were almost equal until two minutes to go.

It was then when Slovenia tightened up their defence and Anthony Randolph and Klemen Prepelič scored crucial points to seal the win for Slovenia with the exhausted Dragić looking from the bench.

“Slovenia is the European champion”, captain Dragić _____________ (9 TELL) the press immediately after the win, admitting that he had cramps in the second half and that he could barely run. “The team was phenomenal from start to finish … all the best to my guys!”.

Dragić and Dončić were named among the best five players at the tournament, along with Alexei Shved of Russia, Bogdan Bogdanović of Serbia and Pau Gasol of Spain.

Dragić also _____________ (10 WIN) the title of the most valuable player at the EuroBasket after scoring 35 points tonight, which is the Slovenian national team record and one of the best scoring performances in the finals of the European basketball championships.

It was the first time in the EuroBasket that the winners hadn’t lost any match at the tournament, while the Slovenian basketball team became the first national team to win gold at major tournaments.

The team will be welcomed home at a party in Ljubljana’s Congress Square on Monday evening.

(Adapted from http://www.sloveniatimes.com on 17 September 2017)