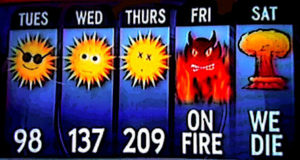 (Adapted from www.breakingnewsenglish.com on 19 August 2016)