Why do people swear? 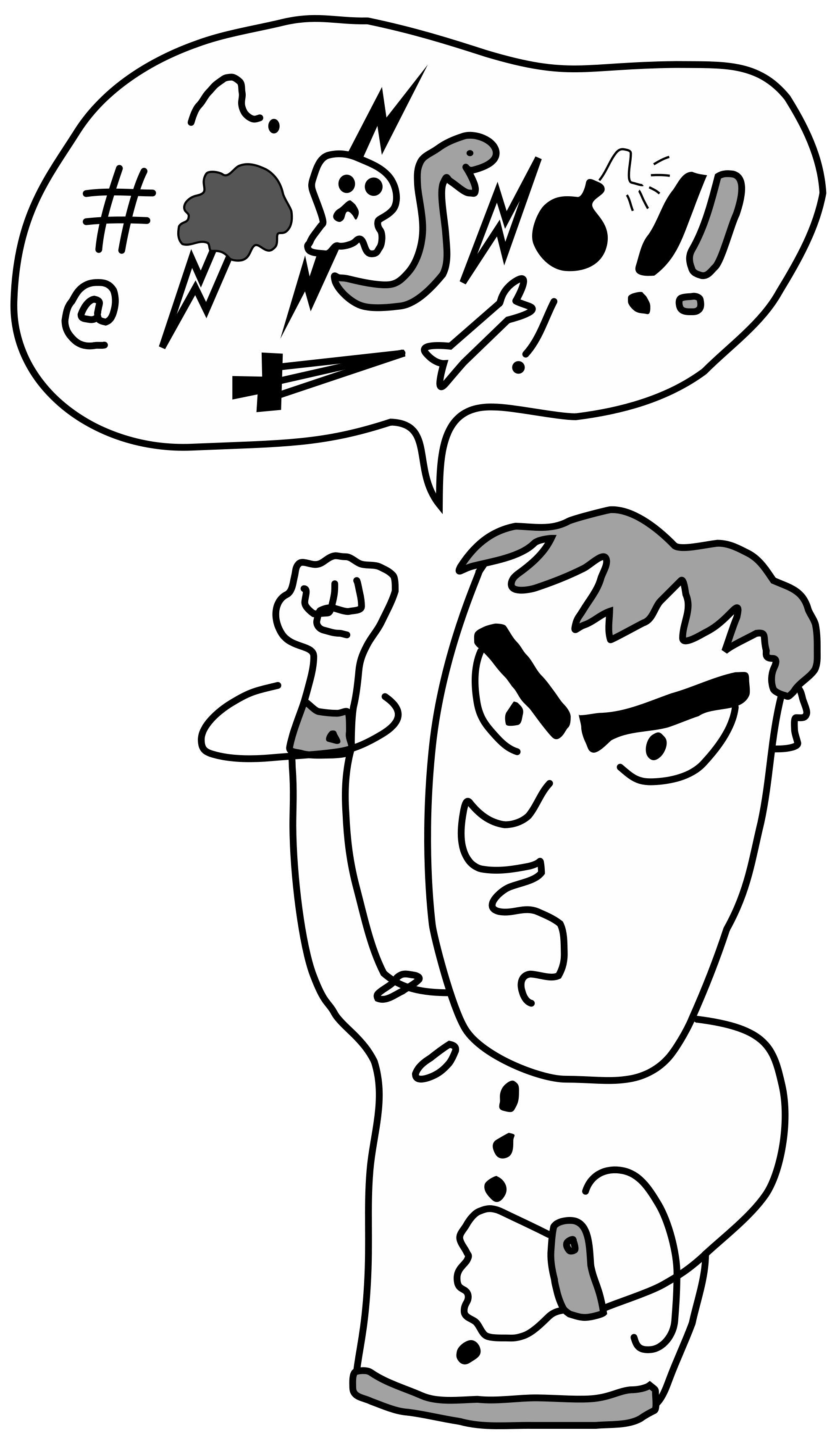 The English language contains an alphabet soup of swear words. Those of a sweary disposition can draw upon the A-word, the B-word, the C-word, the F-word, the S-word, the W-word and many more. So here’s a puzzle – if you see the F-word spelled out with all four letters, are you more offended than when you read F with asterisks?

It seems many people are. But why? After all, you presumably know what F with asterisks stands for. It has the same meaning as the non-asterisked version.

The BBC tries to avoid swear words __________ (1) possible, but on the rare occasions that they are considered integral to the story, they are used without the asterisks. Some other news outlets, such as The Times do adopt the asterisk convention and only print swear words when they are quoting other people. This reflects the view that using swear words is more offensive __________ (2) merely mentioning them. The paper’s journalists mention the swear words used by others, __________ (3) do not use them themselves.

But to understand why the full-frontal swear word might be considered worse than its pale asterisked imitator, we first need to __________ (4) what a swear word is.

By definition, swear words are offensive. If a word, over time, ceases to be offensive, then it falls out of use as a swear word. Offence alone is not __________ (5), though, for we can offend with language without swearing. The N-word, for example, is what is called a slur: it is a derogatory term about an entire group. It is profoundly offensive, but it is not a swear word.

Philosopher Rebecca Roache says that as well as the ingredient of offence, swear words tend to have a cluster of other characteristics. We will often use swear words “to vent some emotion”, she says. “If you’re angry or particularly happy, swearing is a catharsis. Swearing also centres __________ (6) taboos. Around the world swear words will tend to cluster around certain topics: lavatorial matters, sex, religion.”

There’s also a paradoxical component to swearing, says Roache. “As well as being taboo-breaking, swear words are taboo-breaking for the sake of taboo-breaking. The whole point is that you’re not allowed to use them, but they exist just for that rule to be broken.”

Words develop their power __________ (7) time; it’s a historical process. In the past, many swear words were linked to religion. But as countries like Britain have become increasingly secular, imprecations such as “Damn” and “Jesus Christ”, have begun to lose their force. The Times leader writer, Oliver Kamm, author of Accidence Will Happen: The Non-Pedantic Guide to English, says that the swearing lexicon now draws less from religion and more from body effluvia. “There’s a hierarchy of effluvia, according to how disgusting we find them in public. ‘Shit’ is worse than ‘piss’ which is worse than ‘fart’ which is worse than ‘spit’ which is not a taboo word at __________ (8). It’s an interesting linguistic hypothesis that the taboos relate to how disease-ridden or dangerous or disgusting we find the effluvia themselves.”

The emotional release from swearing __________ (9) been measured in a variety of ways. It turns out that swearing helps mitigate pain. It is easier to keep an arm in ice-cold-water for longer if you are simultaneously effing and blinding. And those who speak more than one language, report that swearing in their first language is more satisfying, carrying, as it does, a bigger emotional punch.

Catharsis aside, swearing can boast other benefits. The claim has been made that swearing is bonding: a few blue words, uttered in a good-natured way, indicates and encourages intimacy. A very recent study suggests that people who swear are perceived as more trustworthy than __________ (10) who are less potty-mouthed.

But back to the conundrum. If writing F with asterisks alleviates the offence of the full word why should this be? Roache says swearing is best viewed as a breach of etiquette. It is a little like putting your shoes on a table when you are the guest in someone’s house. If you know it __________ (11) offend, and do it anyway, you are guilty of showing insufficient respect.

“It doesn’t matter that it’s a swear word. Imagine meeting someone who has a fear of crisps, and who finds references to crisps traumatic. If you carry __________ (12) talking about crisps in their presence, even after discovering about their phobia, you are sending a signal that you don’t respect them, you don’t have any concern for their feelings.”

Using the F-with-asterisks version acknowledges that we are taking the feelings of others into account. By censoring the word we show respect. It’s a view shared by Oliver Kamm, __________ (13) endorses his newspaper’s policy on asterisking swear words. Readers cannot help, he says, finding the full word “involuntarily off-putting”.

Like most people, I find exposure to too many swear words disconcerting. So I’m off to wash my mouth out with soap.