After Pyongyang, Laibach to perform in South Korea 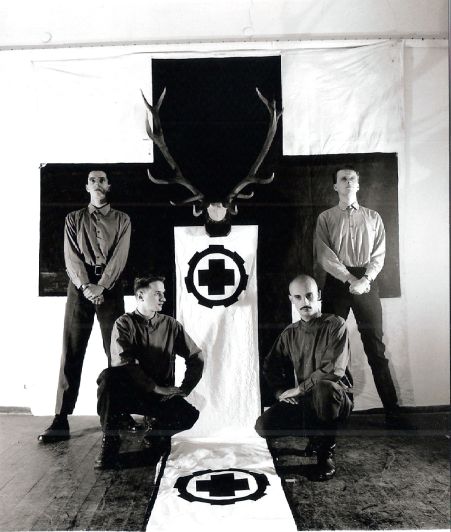 Ljubljana- After becoming the first ever western band to perform in North Korea in 2015, Slovenia’s Laibach will visit its (1) southern neighbour on 1 May to give a concert at the (2) Jeonju International Film Festival.

According to an (3) announcement on the band’s website, Laibach will support the Asian (4) premiere of Liberation Day, the film about its guest appearance in Pyongyang, with a big outdoor concert.

Directed by (5) Ugis Olte and (6) Morten Traavik, the film provides insight (7) into the band’s North Korea stay and reveals how much (8) effort went into it, the censors’ demands, and the band being (9) forced to significantly pare back their original performance.

At the Slovenian premiere of the film in early March, Laibach announced they were now (10)  heading to South Korea, which they say would make them the first to have given concerts in both Koreas.

They are also planning guest appearances in Tehran and Moscow’s Red Square.