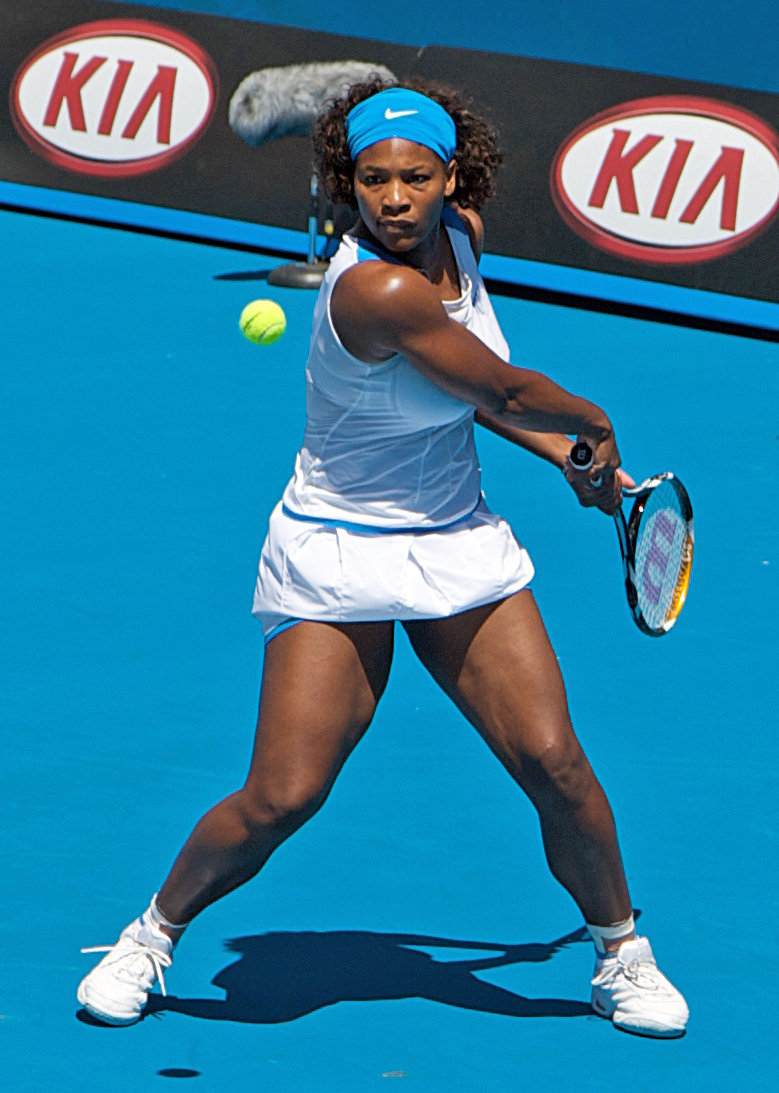 Serena Williams is a hero. She has the strength, drive and determination of a ____________________ (1 GOD), and the physique to match. She’s at the top of her game, and as well as winning the Australian Open, she’s also winning at life – because she did so while approximately eight weeks pregnant.

Not for Serena permanent residency on the sofa as soon as there were two lines on the pregnancy test, or unfiltered access to chocolate. But let’s state the obvious: we’re not all like Serena Williams. We’re also not all like Rebecca Adlington, who won two gold medals for swimming in the 2008 Olympics, yet considers the birth of her daughter Summer “the most ____________________ (2 PAIN) thing I’ve ever done”. We’re not like former heptathlete Jessica Ennis-Hill – three-time world champion, 2010 European champion and Olympic gold medalist – now pregnant with her second child. And, sadly, we’re not even remotely like Beyoncé, who announced she was pregnant with twins on Instagram, posing in her underwear in ____________________ (3 GLORY), full-bodied technicolour.

These athletic women are, for all intents and purposes, superwomen. It’s hardly ____________________ (4 SURPRISE) that when they’re used to pushing their bodies to the limit, their bodies respond in kind – even during pregnancy. But while they are undoubtedly a shining inspiration, we can’t ignore the pressures put on ordinary women when we dwell on the success of celebrities. We mustn’t forget that for many, being pregnant is a time of sickness, ____________________ (5 VULNERABLE) and unimaginable fatigue. When you can barely get out of bed in the morning, simply making it into work can feel like winning a gold medal.

And it’s not just ____________________ (6 PHYSIQUE) challenges mothers-to-be face in the workplace. According to the Equality and Human Rights Commission (EHRC), three in every four new mums (77 per cent) experience a negative or possibly ____________________ (7 DISCRIMINATION) experience during pregnancy or maternity leave, despite laws designed for their protection.

Before I had ever been pregnant, a part of me wondered what all the fuss was about. I used to give up my seat for women sporting “baby on board” badges on the Tube who looked so flat stomached it was as though they had only conceived the day before, and wonder if they were milking it. I’d offer to carry their heavy bags, while they carried something inside them the size of a kidney bean. At eight weeks pregnant, a foetus is an inch long and weighs less than an eighth of an ounce. Could they honestly even feel it?

Then I fell pregnant, twice. Both times, at eight weeks, the nausea started, ceasing only at week 18. “It feels like having a ____________________ (9 PERMANENCE) hangover,” I’d explain, while trying not to throw up at my desk. The lurching, rolling seasickness that takes you by surprise whenever your stomach is empty, the acrid, metallic taste in your mouth that never goes away, the nausea-inducing sight of your regular cup of coffee or tea. “Morning” sickness is a misnomer, in any case.

For most people, the sickness lasts all day. I was lucky – I may have had ten long, bilious weeks, retching every time I brushed my teeth (for pregnancy, with its bizarre effects, made me allergic to mint), and Christmas dinner may have been wasted, as I could only stomach a single roast potato, but I didn’t suffer half as much as those with morning sickness’s vitriolic cousin, Hyperemesis Gravidarum (HG). Even Kate Middleton, who has access to the best healthcare in the world, had to cancel her first solo royal tour during her second pregnancy because she was so debilitated by the condition, which can make ____________________ (10 SUFFER) vomit up to 50 times a day.

So, while we’re (rightly) praising Serena for her fortitude, we shouldn’t forget about those who aren’t experiencing stress-free, unicorns-and-flowers, Instagram-filtered nine months of maternity that many celebrities portray. It’s important that ____________________ (11 EMPLOY) recognise what women are going through, physically and emotionally, and take steps not to dismiss those who suffer as “making a big deal over nothing”. And if you’re reading this while trying not to be sick into your handbag, take heart: sooner or later, this too shall pass. You’re still a superwoman.