Student 3D-printed his own braces and saved around $7,950 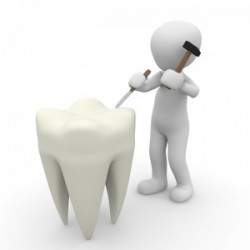 A digital design student has managed to sort out his crooked top teeth by 3D-printing his own brace, saving an estimated $7,950 (£5,485) in the process.

He realised his plan might just work the day he put the first aligner in his mouth. ‘I could feel which tooth it ____________________ (7 PUT) pressure when it was on,’ he told CNN Money. ‘I was sort of worried about accumulated error, but that wasn’t the case so that was a pretty glorious moment.’