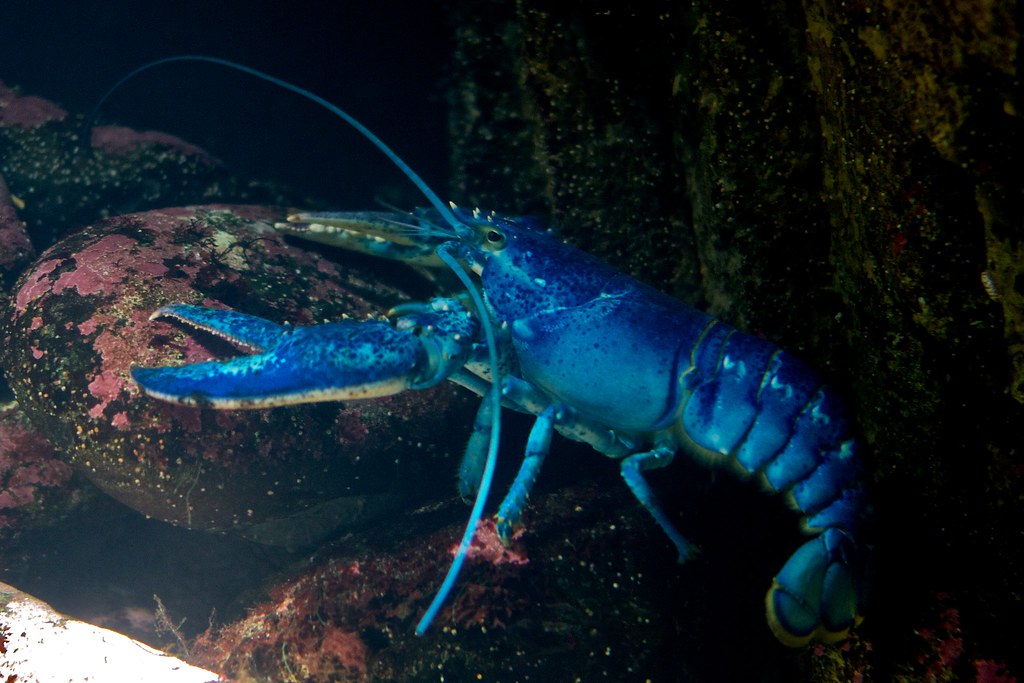 A New Hampshire lobsterman has joined an elite club after catching a rare blue lobster.

Greg Ward initially thought he __________ (1) snagged an albino lobster when he examined his catch off the coast Monday where New Hampshire borders Maine.

The Rye lobsterman who has been fishing for 32 years quickly __________ (2) his hard-shell lobster was a unique blue and cream colour.

‘Usually, the stronger lobsters are the reddish brown colour but this one still had a hard shell,’ he told The Portsmouth Herald.

‘Blue lobsters are still pretty uncommon,’ Royer said. ‘We’ll get about five or six calls every summer. Every time we get a call about an albino lobster, I get a little sceptical __________ (6) because they are so rare.’

He gave the rare crustacean to the Seacoast Science Center in Rye to study and put on display.

The tank already holds a bright orange lobster and a calico covered lobster.

He said it currently has another blue lobster on display, a bright orange lobster and a calico covered lobster.

The Gulf of Maine, which includes the coast on New Hampshire, has one __________ (9) of lobster, Homarus americanus, the American lobster.

Normally appearing brown or dark green in nature prior to boiling, scientists say just one lobster __________ (10) three million is blue – the result of a genetic defect that causes them to produce an excessive __________ (11) of protein.

The blue lobster is __________ (12) different to a regular lobster – it is only the mutation that influences the lobster’s outer shell colour.