Jail threat to skiers who go too far off-piste 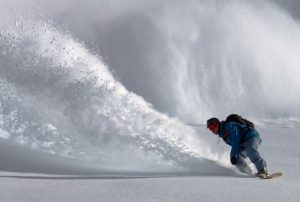 After the deadliest weekend in the Italian mountains of the winter, ministers are expected to rush through legislation introducing huge fines and possible jail terms for skiers and climbers who flout avalanche warnings.

Eight people died and 10 were seriously injured in five incidents across the Italian Alps last weekend. Some of those killed or injured had chosen to ignore official advice and entered areas that were marked as dangerous.

Now, in an attempt to reduce the Alpine death toll, the Italian government is pushing through an amendment to civil protection law that will enable courts to hand out jail terms to people found to have triggered deadly avalanches, and €5,000 (£4,400) fines for those who ignore warnings and go off-piste. The development follows calls from experts, including Guido Bertolaso, the head of Italy’s civil protection unit, for stronger deterrents
against reckless off-piste activity. He demanded more regulations at the end of last year when four rescuers died after going to the aid of two tourists who had ignored avalanche warnings to go climbing in the Italian Dolomites.

In Monte Grona in Lombardy, a man, 55, died after being hit by an avalanche while out walking on Sunday afternoon. His wife, 49, died in hospital later that day. A 50-year-old mountain lodge owner was found buried under several metres of snow at Valsassina on Saturday. The eighth person to die was a 50-year-old off-piste skier at Cimon di Palatina, who was struck by an 800m-long shelf of snow. His two companions survived, thanks to signalling safety devices in their jackets that alerted rescuers.

The introduction of jail terms and €5,000 fines would make Italian resorts the most strictly regulated in Europe. Austria and Switzerland are currently considered to be the toughest Alpine countries. In Switzerland, fines of 1,000 francs (£600) have been handed out to irresponsible skiers, some have been asked to pay damages and pay for rescue operations, while others have had their ski passes confiscated and been put on resort blacklists.

Luca Mercalli, a snow safety expert at the Italian Meteorological Association, said yesterday that while it was possible to reduce the dangers of avalanches, no laws could remove the risk entirely. “It could also be difficult to show that someone was actually guilty of causing an avalanche,” he added. Reinhold Messner, an Italian mountaineer who made the first solo ascent of Mount Everest without oxygen supplies, feared the new Italian
law could end the adventurous aspect of mountain activities. “With this type of law we’re going to kill Alpine pursuits,” he told the Italian news agency Ansa. He proposed instead, “a debate with mountaineers, guides, judges and the police” to establish “where tourism ends and real Alpine activities begin”.

(Adapted from www.independent.co.uk on 9 February 2010)